This multimedia installation is based upon a ficticious interpretation of the artist's father from when she was young.

"He was a soldier on a submarine, he was constantly traveling from one city to another, he was once ambitious, he was addicted to drinking, he was loving but ill-tempered...he was a silhouette caught between my amnesia and imagination." Fragmented memories come together to form a story that straddles between the real and the fictional.

In creating this work, the artist looked through found 35mm slides gathered from flea markets with an attempt to find figures which resembled her father. The artist then produced slide photos of a lone female figure sitting in an empty room. By juxtaposing the two groups of images, a narrative rose to the surface naturally. 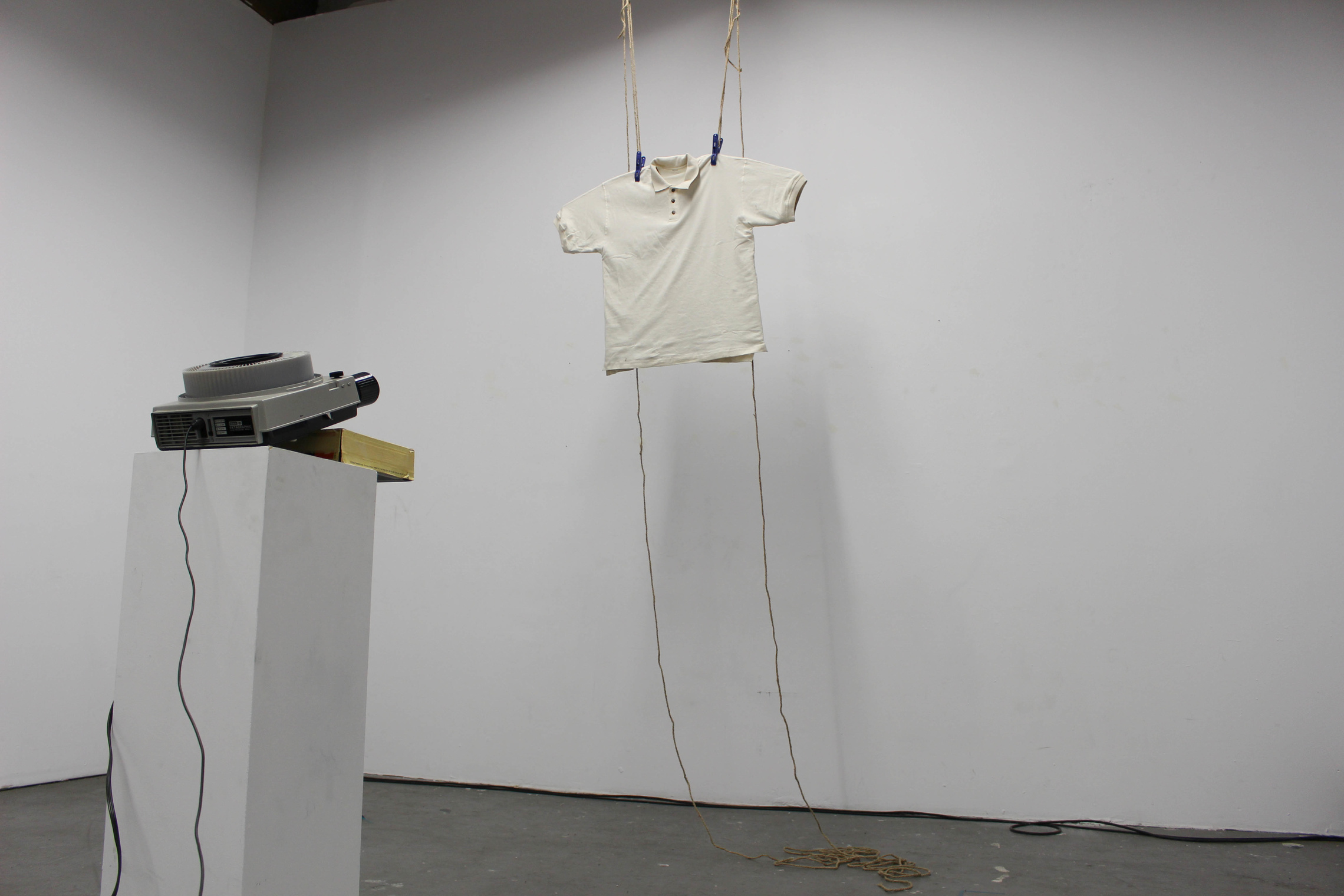 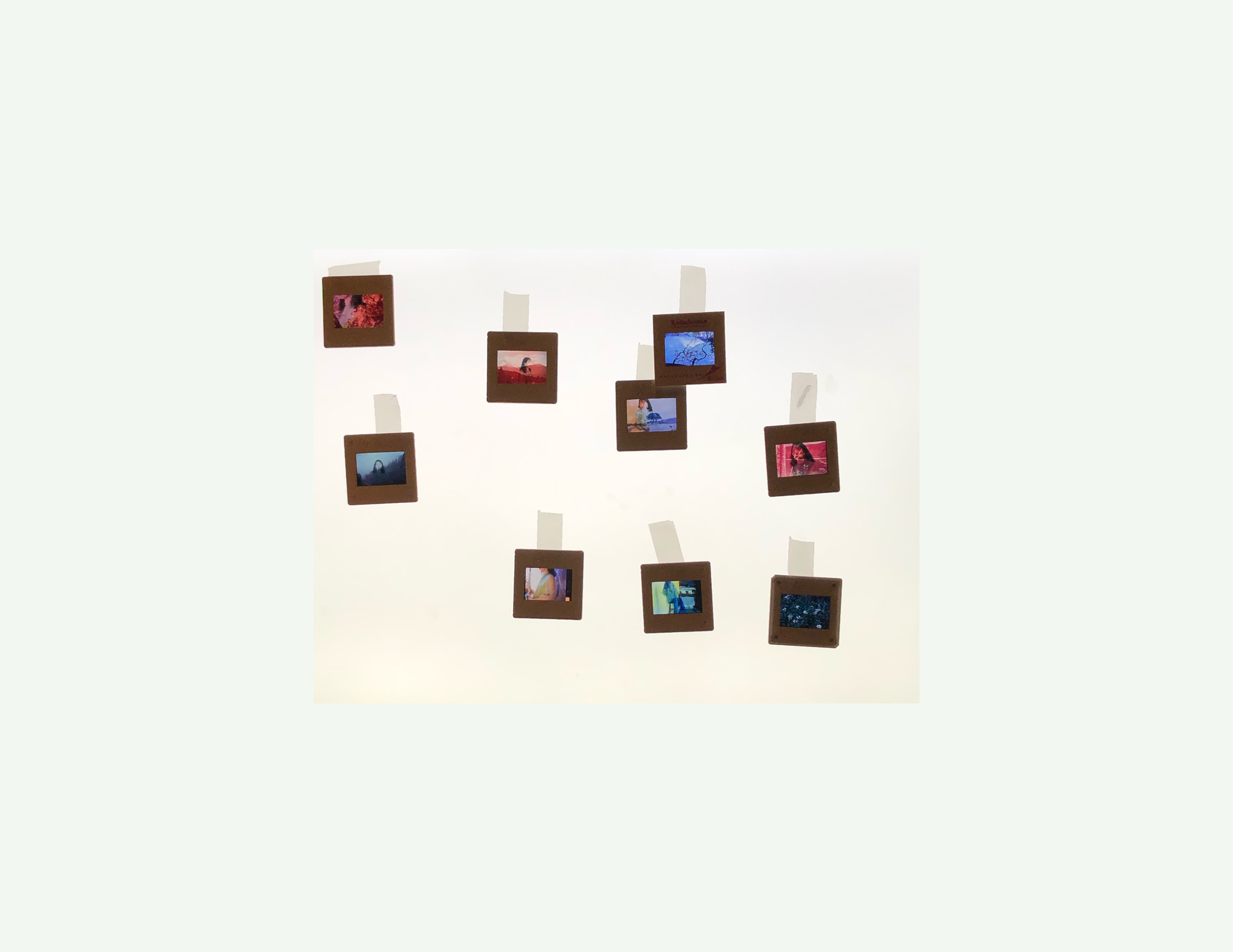